A series of views of the Shasta Dam spillway running at high water release I captured on Feb 12 2017. This water flows into the Sacramento River. I believe the flow was around 70,000 cubic feet per second at this point.

I think this was about the same time that state officials became seriously concerned about the Oroville Dam. Shasta looks solid, though. Click to enlarge: 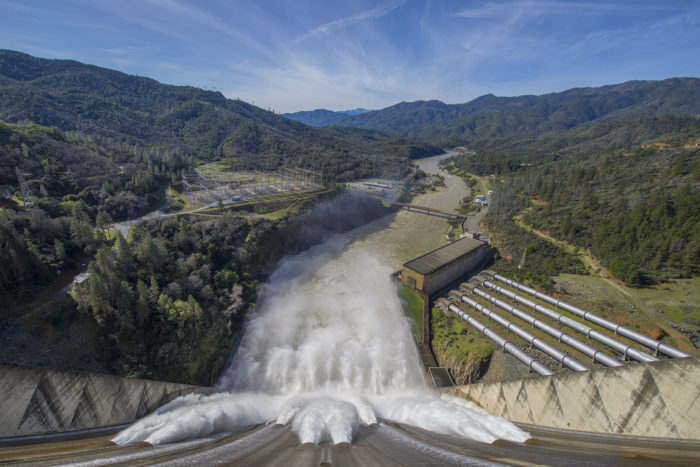 A TV station in Medford Oregon called and asked permission to use my footage of the Shasta Dam spillway, which I found to be gratifying. I asked them to attribute it to Really Redding.