My new car sent me an email

We recently traded our fully electric Nissan Leaf for a plug-in hybrid Chevy Volt. Unexpectedly, the Volt sent me an email yesterday.

It let me know how well I was doing at driving it around (and compared me to others), how much air was in the tires, and some other interesting (to me) facts. I have never received an email message from my car before. We purchased a 2017 Chevy Volt about a month ago to replace the Leaf, which we had driven all electric for the last 3 years. The Volt has been shockingly good, a big leap ahead as a plug in hybrid. It is also a 4GLTE wi-fi hotspot, so it can communicate with the internet of things (IoT). So it makes sense that it would send me notes.

If you are a nerd like me, driving modes in the Volt gives you some mad-scientist tools to use to achieve maximum driving efficiency. In addition to the different driving modes meant to optimize distance and terrain, there is a paddle switch on the steering wheel that lets you apply regenerative braking. That uses the inertia of the car being slowed to slightly recharge the battery. Much more efficient than friction braking, and if done well allows you to almost drive with only the accelerator pedal alone.

Point being, I’m sure I can improve on the 159 miles per gallon we’ve gotten since we bought it with better technique. I’m not the only driver though, and my wife tends to drive it like any ordinary car, ignoring any efficiency options. Which you can certainly do. But where’s the fun in that? True fact, we have driven more than 1000 miles in this vehicle, and have not put a single drop of gas in it. We are still driving on what gasoline the dealer left us in the 9 gallon tank.

Cars have really changed over my lifetime, and now the changes promise to be rapid and breathtaking. Could this be the last car I’ll ever buy? I like cars, but I don’t see the idea of ordering up a self-driving ride on my phone as a bad thing. In fact, self driving car technology is coming up pretty fast into the mechanical world and it seems like they may become the new norm if all testing and maintenance come out perfectly and safely for all to drive. 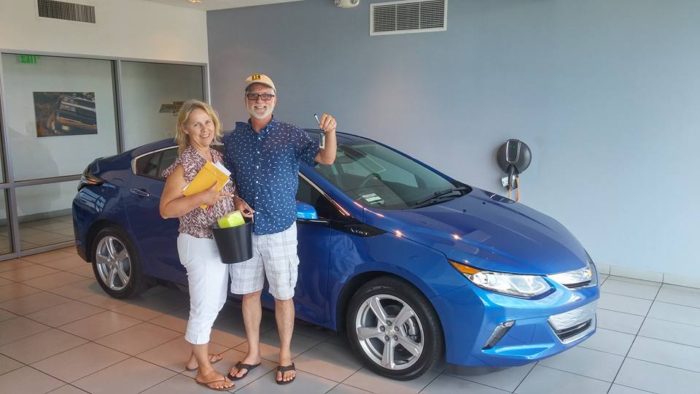 This entry was posted in Green and tagged Green. Bookmark the permalink.