Slide the City comes to Redding

The hill on Placer Street yesterday became a giant urban waterslide for a day. 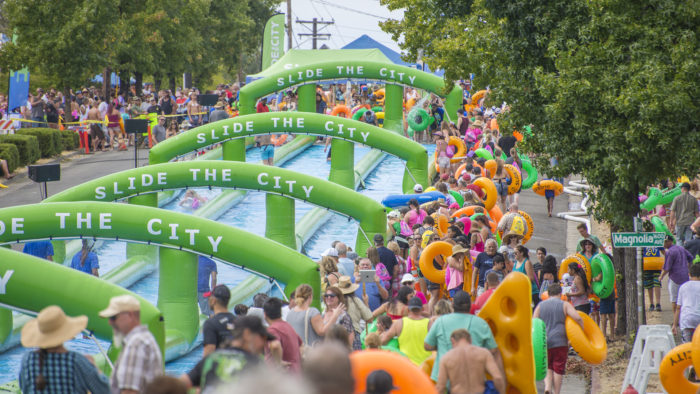 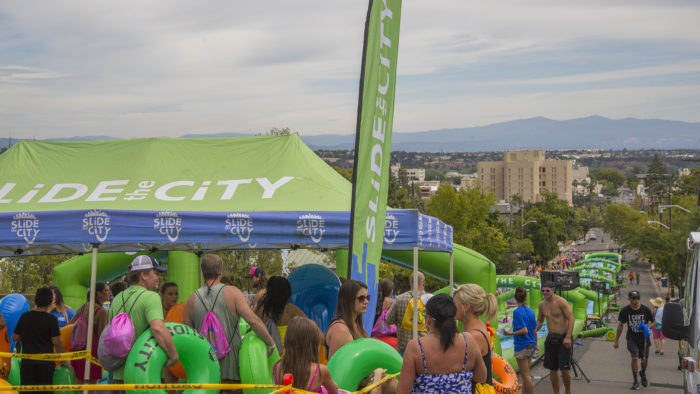 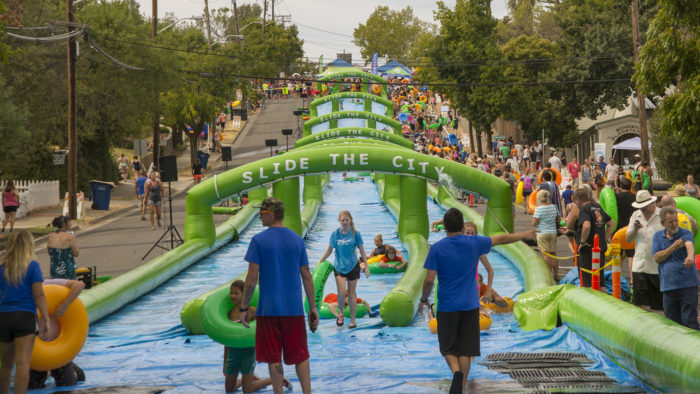 Portions of the money raised here will go toward rebuilding the facilities at Kid’s Kingdom, a park in east Redding we’re very fond of. Judging by turnout, the event was big success. I’m told there were over 4000 participants.

Active Norcal presents a bunch of images of Slide the City Redding collected from social media at the link.

Close off a major street for a giant urban waterslide, that’s Really Redding.

This entry was posted in Events and tagged Events. Bookmark the permalink.