Edit again 2019: Alas, Brick’s is no more, having not survived their third move to a location on Churn Creek. A spot where several promising eateries met their fate.

There was a time it was hard to get good BBQ in Redding. Then, Brick’s arrived.

They offer some good beers on tap. Especially good news is that they have brews from our local Fall River Brewing Company. You can’t go wrong with any of their beers.

I’ve written about Brick’s BBQ in Redding before, back in 2010. Back when they were located on Placer, where Wilda’s Grill now graces our town. Brick’s moved here, to this former donut shop which is much larger. And they’ve been going gangbusters ever since. I read that they are planning on opening an additional east Redding location soon.

Below, a Trinomi sandwich. One of their big sellers. It combines Tri-Tip with their smoked Pastrami, and is served with fries and Au Jus for dipping. Dee-lish. 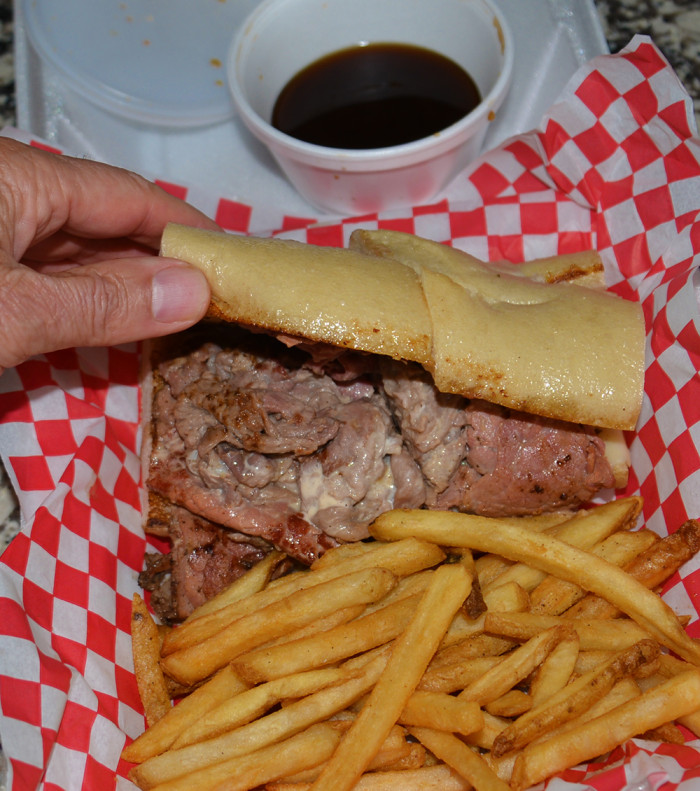 There are now other places with good barbeque in Redding too, so Brick’s set a trend. I will say those other BBQ places can be rather predictable. Brick’s isn’t that kind of place. A lot more down to earth. 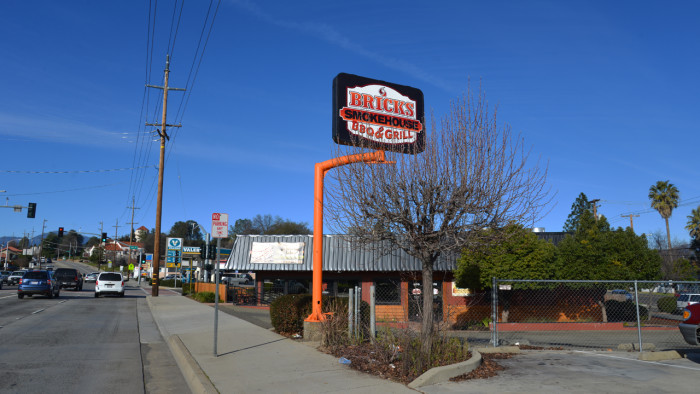