Aaron and Erin are having a baby

Finding out a baby’s gender is one of the most exciting parts of pregnancy. How and when couples do this differs greatly. Some people are guessing as soon as they find out they are pregnant and will have a gender test at their 20-week-scan. This means that they can purchase gender-specific baby products and generally prepare for their new baby in relation to its gender. This has led to the recent craze of gender reveal parties, where people find out their baby’s gender and reveal it to family and friends in a number of different, inventive ways. In fact, some people are so desperate to find out the gender of their baby as soon as possible that people have started to test a method called the Ramzi Method. It’s suggested this can work out your baby’s gender right at the start of pregnancy, during the 8-week-scan. On the other hand, other parents don’t want to find out and will hold off knowing until the baby is born. Perhaps they like a surprise!

Modern ultrasound tests (similar to those used in other medical worlds that you can click here to see) take the guesswork out of baby genders long before birth. In our case, we wanted to find out, but wanted to share that experience with our loved ones. Erin had gone in for the test earlier in the day, but instructed the operator not to reveal the gender. Instead, the result was put in a sealed envelope. Later, we gathered some family and friends together at Old School Restaurant in Redding for our own little Gender Reveal Party. Here’s the results: 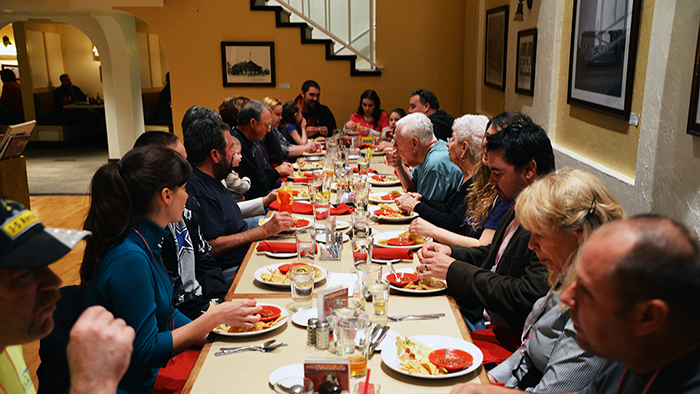 That would be funny! Guess there’s limits to this science stuff.